Going back to Apple Only - After a year with Android

I have made the decision to go back completely to Apple products even though I have enjoyed my year with Android. Without a doubt, the first six months I had with my Samsung Galaxy S3 were very good indeed and I really enjoyed using the phone. Same thing with the Nexus 7 although the experience with that has been better than with the Galaxy S3. The problem with the phone is that the carrier did not put out any updates to the operating system. I had to use rooting and CyanogenMod to get the thing to work with the latest software. I think that this is a bad problem for Android that should be sorted out. The main reason for me going back to Apple is that there are three or four applications that I want to use more of and they are iOS only. It is quite frustrating when I want to do something and the perfect application I don't have with me due to me only having Android in my pocket. I could possibly find some workarounds to be able to get what I want to do into these applications, but it is just too much messing around. It is this sort of messing around that I have had to do that has made the Android user experience for me disappointing and slightly second-rate. I am pretty sure that when I go back to using Apple I will not miss anything from Android. Well, maybe I will miss the Google Now just a little bit. It is quite handy for it to tell me what the traffic conditions are like for my drive home from work before I even ask for the information. It is also useful to get the latest scores from my football team Barcelona FC as they happen.

listen to ‘ Switching from Android to IOS’ on audioBoom 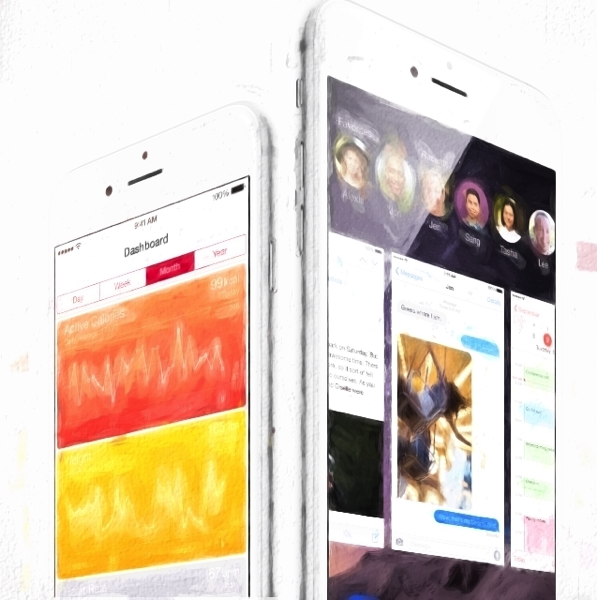 Another reason that I have been able to go back to using Apple is because of the larger phones that have been introduced. I have gone with the 4.7 inch iPhone 6 as I have to have something that will fit into my shirt pocket. The iPhone 6 plus would have been far too big for that. I would always be worried that it would fall out and crash to the concrete. The addition of the third-party keyboards such as Swype and Swiftkey is also big news for me. I like being able to type by swiping my finger around the keyboard rather than tapping. The first version of Swype didn't work for me and I had to wait until there were new versions before I could properly use it. Now it is working a treat and I am pleased with it. I do have to go back to the ordinary keyboard from Apple, which is also improved, if I want to use the Siri dictation.

As I was dictating this into my Mac using DragonDictate my iPad thought I had said "Hey Siri". Siri started listening to my voice for a question.

This is another thing that I quite like with iOS 8 and yes I know that there is already something similar with Android. It is just another of those catch up things that Apple have done that mean I can go back to using just the Apple ecosystem.

Another thing that can be annoying when you are using two different systems is when you are entering things into your contacts or into your calendar. What happens is that you end up having two sets of data that are not exactly the same. Now that I am going back to just using Apple I am going to have to merge those two sets into one set. This is going to make it so that things are less confusing all around. I have found working with text annoying when I wanted to be precise about the position of the cursor on Android. It works much better on iOS.

Passing the devices down the line

I did think about keeping the Nexus 7 as I still like the device and enjoy using it, especially for reading. Then I remembered that my youngest son was looking for a tablet to use and I offered him this Nexus 7. Naturally, he wants to get his hands on this excellent Android tablet and so I will pass it on to him when I see him in a months time. The iPad that I am presently using will also get passed on when I get the new iPad next month. My wife will benefit from this as she is still using the iPad 1.