My first impressions of the iPhone 6

It was love at first sight with Nymeria, which is what I have called the phone. I named her after the Wolf which was spiritually connected to the character Arya in the game of thrones book. I would have chose the name Arya, but I wanted something a little bit more exotic and Nymeria fitted the bill. It is the first time that I have got a white phone and along with the dimensions of the iPhone 6 it looks very slick indeed. It is very shiny and easy to hold and yet it feels solid enough also. You would have to be quite careless or stupid in order to bend it.

The battery on the iPhone 6

I feel a little bit disappointed with the longevity of the battery so far. I know that it is likely I’m going to be using it up more quickly because of using it a lot, with it being so new and shiny. At the same time it is quite a big change from the Samsung Galaxy S3 which I was using with a huge battery attached to it. I could easily get two or three days out of that battery and the only downside was the extra weight and heft for keeping it in my pocket. I am going to have to get an external battery that I can use to charge the iPhone 6 up during the day. On my first day with the iPhone 6 at work I got a low battery message at about seven hours, maybe seven and a half. I did have it plugged into my car charger for about 15 minutes during that time, but that didn’t really add too much to the battery.

So I’m going to have to buy another charger and cable as having only one lightning cable is not enough. Of course, I will get another cable and charger when I buy the iPad. I think it will be useful having another extra cable I can use for when I am in the car connecting it to the radio. The other thing about the iPad Charger is that it charges at a higher rate and it allows the iPhone to charge more quickly.

The battery on the larger version of the iPhone 6 is larger by about 1.6 times and people are reporting that it gives good use times for the phone. It did cross my mind a couple of times that maybe I should take this phone back and to make another order for the larger version of the phone. It would cost me about €100 to get the larger phone and then I would have the problem of it being too big for fitting into my pocket. So I have kind of decided that I’m better to keep with this one and I should save the money to put towards the iPad. My usage between the two devices will work out quite good in terms of being able to carry on with whatever work I am doing.

Buying more applications for use on the iPhone 6

There are one or two new features that come with IOS 8 that are like having new applications on the phone. There is the Hey Siri feature when it will listen to whatever you’re saying and do your bidding when you have it plugged in. For instance I just wanted to know how long before I need to have lunch before I get ready for work. I said the magic words and asked how many minutes until 1 o’clock and I was given an answer by Siri very quickly indeed. There are plenty of other useful things with this newly introduced feature. I quite like to ask it “What is the time” is when I wake up in the morning. I don’t have two peer into the bright screen with my eyes that are not quite ready for bright lights, in order to know what time it is. Siri even says good morning to me.

I bought a couple of bundles of applications which is a new thing in the iTunes Store. The one bundle was for some productivity type of applications starting with an application called Paste+ and there were a couple of other applications available with it that looked interesting. So I bought the whole of in the bundle as it seemed like good value and I would be able to use the other apps. I also bought a bundle applications for health and fitness and the main one that I wanted was Map My Walk. You use this application to record when you go for a walk and of course this morning with my dog walk I forgot to set it in motion. I need to work on building up my habits for using these applications. This application reports into a fitness information aggregator called MyFitnessPal. It is one of these applications like the Health App from Apple that will gather information from other applications. It then will give you a full report on all of your health activities. You can have applications that you use to record your food intake has information into it. It is also possible to have information sent to it from your Fitbit or from a set of wireless enabled scales.

The iPhone 6 is my remote controller for my life

I will be carrying this phone everywhere were I go for the next year and I want to get as much use out of it as possible. There are a number of applications that I have that will automatically record some of my information. Such as the Moves application which records the number of steps and it also records where I am taking those steps. On my first day with the iPhone 6 I can see how many kilometres I walked, for how many hours I walked as well as how many steps I took. It recorded that I was at work at the campsite and is also recorded my travel to and from work. This is quite a simple application which provides useful information. I have just found out that I can send the information from it to MyFitnessPal. It can sometimes feel a bit tedious adding the food that I eat into the application but at least with MyFitnessPal I can group foods together to be able to add them quicker. I often have the same thing for breakfast and I can record my eating for breakfast with just one entry. 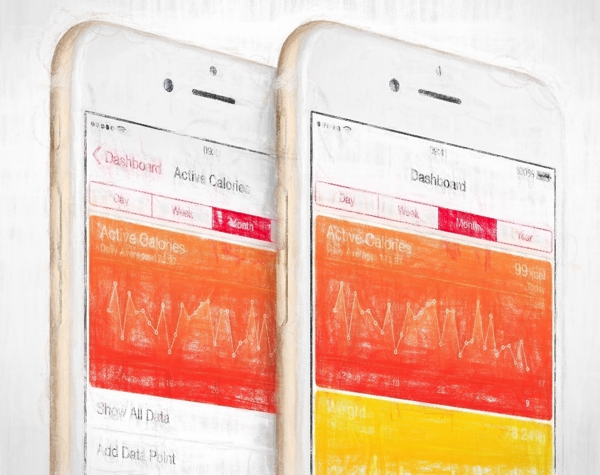 The other interesting application for health is a chatty application called Lark. It looks at the information and has a messages type of conversation with you in order to encourage you with your exercising. It is quite clever in the way that it does it and gives you useful tips for living a healthy lifestyle at the same time. 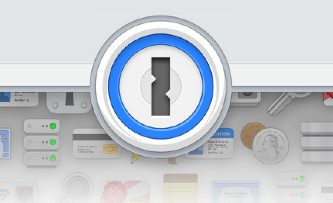 I have loaded up a lot of applications because I own a lot of applications. The ones that have had the most use from so far have been Day One, 1Password, Overcast, the health applications I have already mentioned and TwistedWave. I wanted to use the Audioboom app to record one of my quick podcasts yesterday. The only trouble is that you don’t get a chance to edit the audio before you submit it. This is why I used TwistedWave instead so that I could cut out a few of my speech idiosyncrasies and where I had fluffed the words. TwistedWave is a very good application and I highly recommend it. I used Day One this morning to write my journal for the day and I did that while I was still in bed. Overcast is the application that I use to listen to my podcasts I am subscribed to. With it being so boring at work at the moment, I have listened to a lot. This could be one of the things that was killing the battery although there is a possibility that the location-based applications I have been using were having an effect upon that even more so.

This morning I set it up so that I can receive encrypted emails which was pretty easy. It is a lot more difficult if I want to send out encrypted emails using those same certificates. I also have a GPG application installed but I have yet to put on the encryption keys so that I can use it. It took me a little while to get used to the security features of the iPhone 6. The Touch ID is marvellous and it works very quickly when I put my thumbs or the index finger of my right hand onto the fingerprint sensor. I use this when I am opening the phone up. I also have it set so that it requires me to supply a fingerprint to get into 1Password or Day One. It is an excellent feature to have these extra layers of security. I now miss having this Touch ID when I pick up the iPad.

So this has been a quick post about my first impressions and I still have to spend time looking at how well it shoots video and takes pictures. The next things on my list to try out are the camera features of the slow motion video and the timelapse video. I’m going to get an elastic band and attach the camera to my rearview mirror in the car and record a video when I am driving to work. I have iMovie on the iPhone and I will give that a try too. I should order a mount for the car and what I would like to do is also have a mount for the bicycle and perhaps a boom pole. The boom pole is something making it useful for recording selfie type videos.