How to Screen record on Android 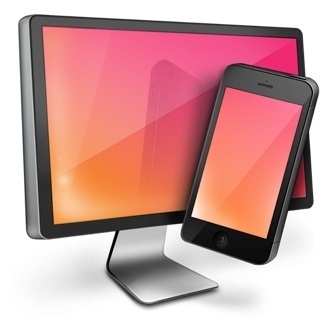 What I do is to make tutorial videos showing users how to get the best from their Mac, iPad and iPhone and also now Android devices. Recording from the Mac is very easy because I use an application called ScreenFlow, all I have to do is to start the recorder and do my stuff and everything is recorded, video and audio. Recording from the iPad is also extremely easy because I have available to me an application called Reflector which wirelessly sends the data from the iPad to my Mac and once again I can use ScreenFlow to record whatever I am doing. After having got myself a couple of Android devices I have had to do a search for something that will work for recording the screen as a video.

This BBQ application works in the same way as Mac app Reflector, but not as good. Sometimes it works fine and other times it is finicky and occasionally completely unresponsive. I have successfully made a couple of videos with it using the app on my Samsung Galaxy S3, but as yet I have been unable to make it work on my Nexus 7. I really wanted to be able to do the recordings from the Nexus 7 due to having a larger space to work with so that it would be less fiddly.

SCR screen recorder does the business 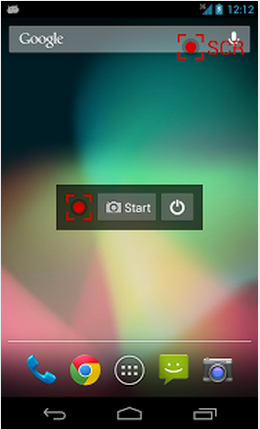 So something had to be done to find a successful way of recording from the Nexus 7. Today I tried out a free application called SCR Screen Recorder and immediately it worked fine on the device. The quality of the video is just spot on and it also recorded the audio without any problems. I still have to see if it will record when I have my good microphone plugged into it. (Yes it does) Another thing that I might do with the audio is to also record into my Mac at the same time using Amadeus Pro and then I can use the facilities within Final Cut Pro 10 to match them up.

In some ways it is not as convenient to use SCR Recorder because I have my video editing on my Mac. So far I have not found any good video editing applications that are good enough to use for the Android. What I have to do is to move the video from the Android device to my Mac. I can plug it in as a USB storage device and easily copy from the application to a folder on my Mac. I'm not too keen on using this because I have found that if I do this via USB its messes up the connection to my USB microphone. I would have to do a reboot of the system to get the microphone working again. The other possibility is to use AirDroid and although it is slower than using a cable it works well enough for moving the file to my Mac.

The quality and the size of the video is just about okay for the screen testing given me a 720 pixel high HD recording. The width of the video should be 1280, but isn't so I might have to do a little bit of letterboxing to get to the exact size it should be. Not a huge problem! The first video I did as a test of this way of recording the screen from my Nexus 7 I have put up onto Google plus and you can see it in this post below. I have now completed a couple of tutorials using SCR Screen Recorder and I am pleased with the results. I was able to get around the slight mismatch in the size, video ratio of the video clips and in the end it look quite good.

Today I created an audioboo on my Mac at home using my Samson CO3U microphone and Amadeus Pro, but I didn’t have time to upload it before I left the house so I moved the file to an application /service called Dropped. I use this on my Android device when I want to quickly have a file sent to Dropbox and for it to be automatically syncronised to the other computers I have. It didn’t seem to work so well going from the Mac to the Android as I still have to download the file to the devices.

The next trick I have to perform was to have that file uploaded to Audioboo. My first try from Dropbox was only going to send a link to the file and not the actual file itself, so that wasn’t going to work. I think that was because the file hadn’t been downloaded to the device beforehand. So I downloaded the file into my downloads folder and then tried again. I still had to go to an application that I use for looking at the files on my Android. ES FileExplorer is an application which is very useful to have that lets me get into files in a way that I’m not able to do with iOS. It requires a press and hold down to select the file and then I was able to share out using Gmail.

Or direct out of Gmail?

I did wonder if I would be able to pick up a file to share out from within gmail, but it didn’t work out that way. I was given the option of sharing out a picture or a video, but there is nothing in there to let me share out any other file or specifically some audio. In any case I was able to get the file uploaded to audio boo by using e-mail. There is a special boo mail e-mail address and with that it goes straight to the audio boo servers.

There is a specific audioboo application for Android, but it is still in beta and it doesn’t really work very well. So I have had to find out a workaround , so that I can record an Audioboo and send from my Android devices.

The range tool in the Audio editing app for Android

Nice update to the look of the application and it looks more professional and makes it a joy to use. In the video I look at how to use the range tool. Basically you can use this tool to cut copy and paste sections of audio and that means one one track or multiple tracks too. Very easy to use and I am pleased that I bought this app to use for recording Audioboos on the Galaxy S3 and now on the Nexus 7.
Posted by Unknown at 15:05 No comments: